We are proud to employ some of the most talented and hard-working individuals in the industry.

Our dedicated, knowledgeable, and experienced staff is on hand, any time of the day or night, to provide material spares solutions in the quickest possible time. 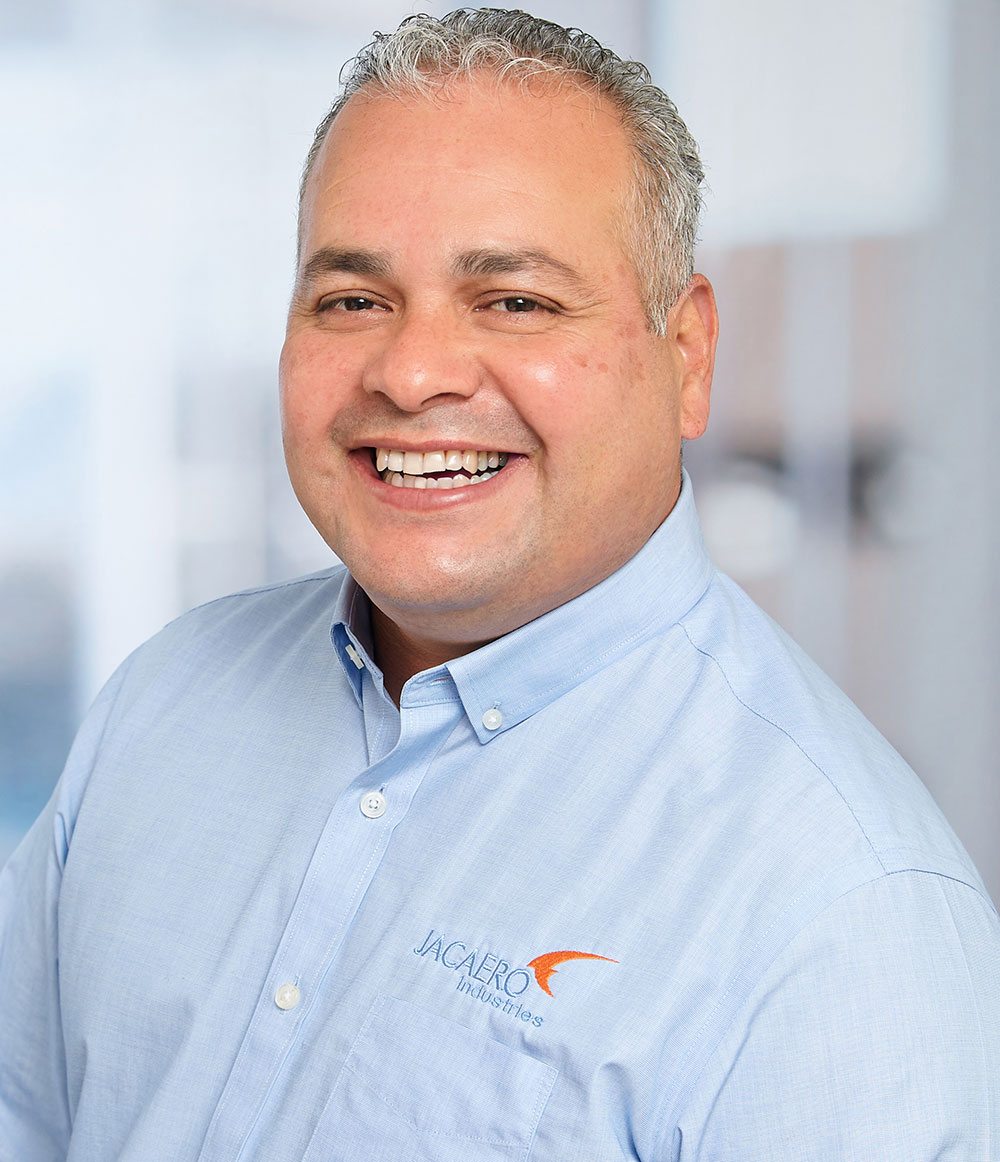 With over 20 years of extensive knowledge in the aircraft industry, Mario was brought on to JACAERO in 2018 to serve as Materials Director. In this role, he is principally responsible for managing and supervising the sales team, with a particular emphasis on selling consignment-entrustment inventory. Mario has expertise in all facets of the industry, from inventory control, to purchasing and repair management, to shipping and receiving, and most notably expendable and rotable sales. Mario has a long-lasting history and relationships with repair shops, other sales professionals, MROs, and airlines that make him a great asset to the JACAERO family.

Mario is bilingual in English and Spanish and strives to provide exceptional customer service to his clients that often become friends. Mario is known for his humor, enthusiasm, and positive attitude he brings to the office each day. 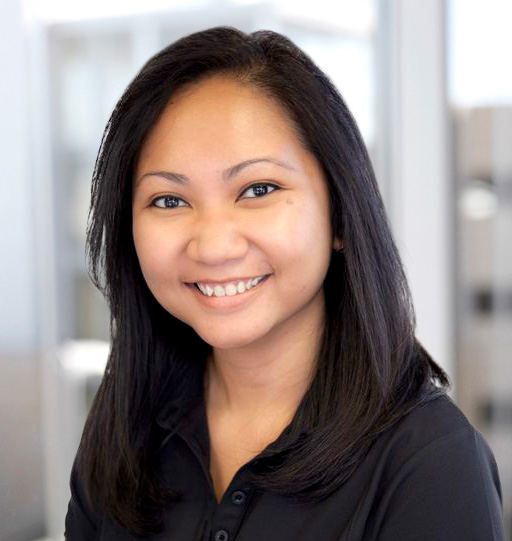 Wenny currently serves as the International Sales Director for JACAERO. A vital member of the JACAERO team since 2011, Wenny has been instrumental in the growth of JACAERO due to her proactive and personable nature. Since 2015, Wenny has been based out of Hamburg, Germany, where she is responsible for maintaining and improving relationships with end user customers. Her international presence ensures she is available to fulfill her international clients needs on a moment’s notice.

She is an expert at locating and supplying airframe units for her end user clients and adhering to client’s unique requirements. As the leader of the International Sales Division of JACAERO, Wenny is responsible for all international transactions for the Company. During her tenure at JACAERO, she has achieved significant and sustained revenue growth and maintained strong client relationships within the international aviation community.

Wenny obtained her B.A. in Accounting, with a minor in Information Systems from Petra Christian University in Indonesia. She has extensive experience in the global aviation industry as a whole. After moving to the United States to pursue business opportunities, she started her aviation career in 2006 at Unical Aviation, Inc., where she served as a sales executive. 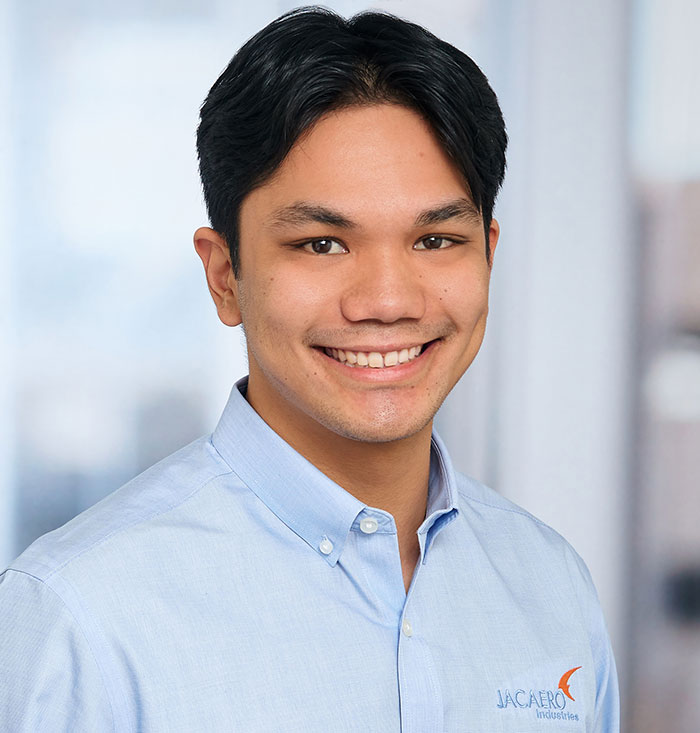 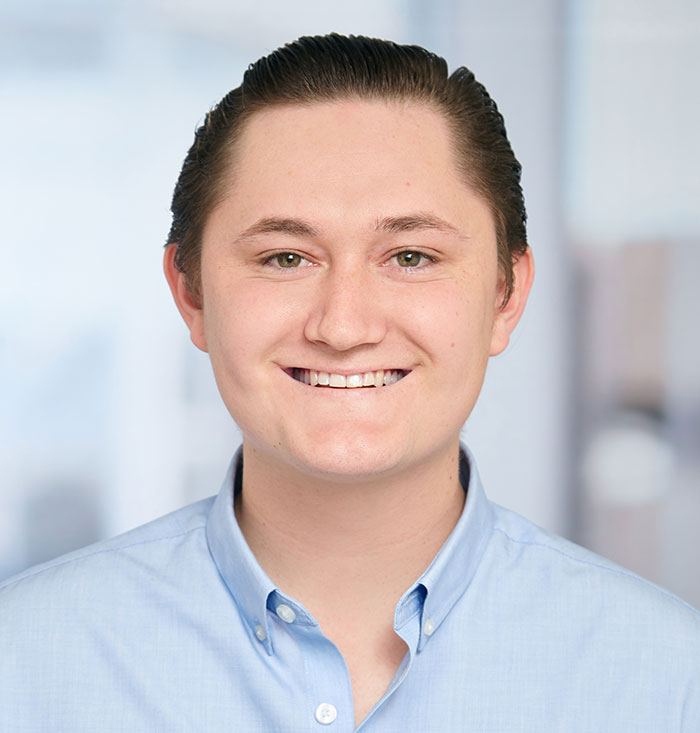 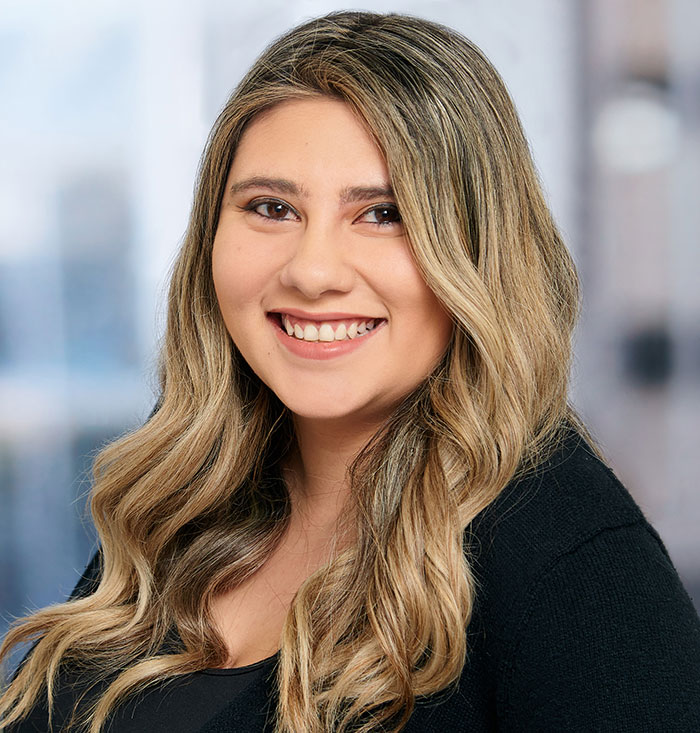 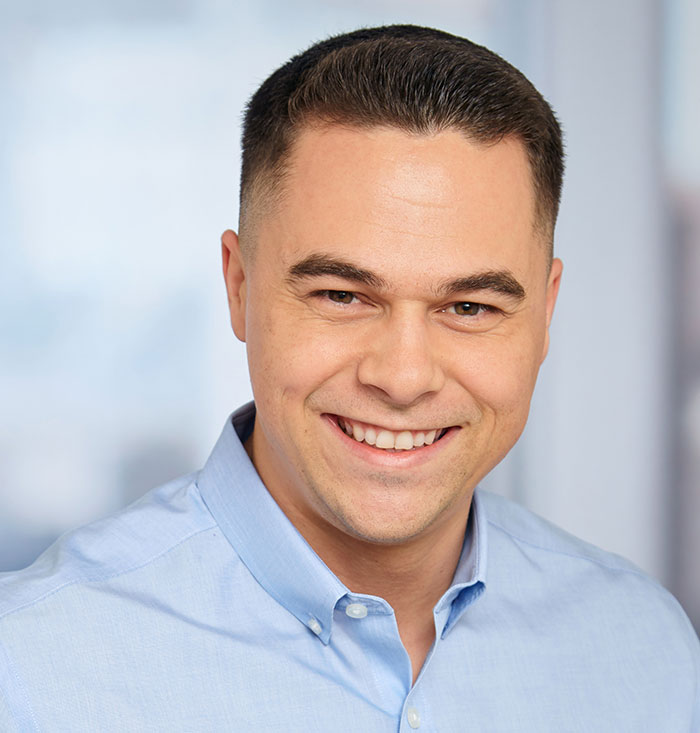 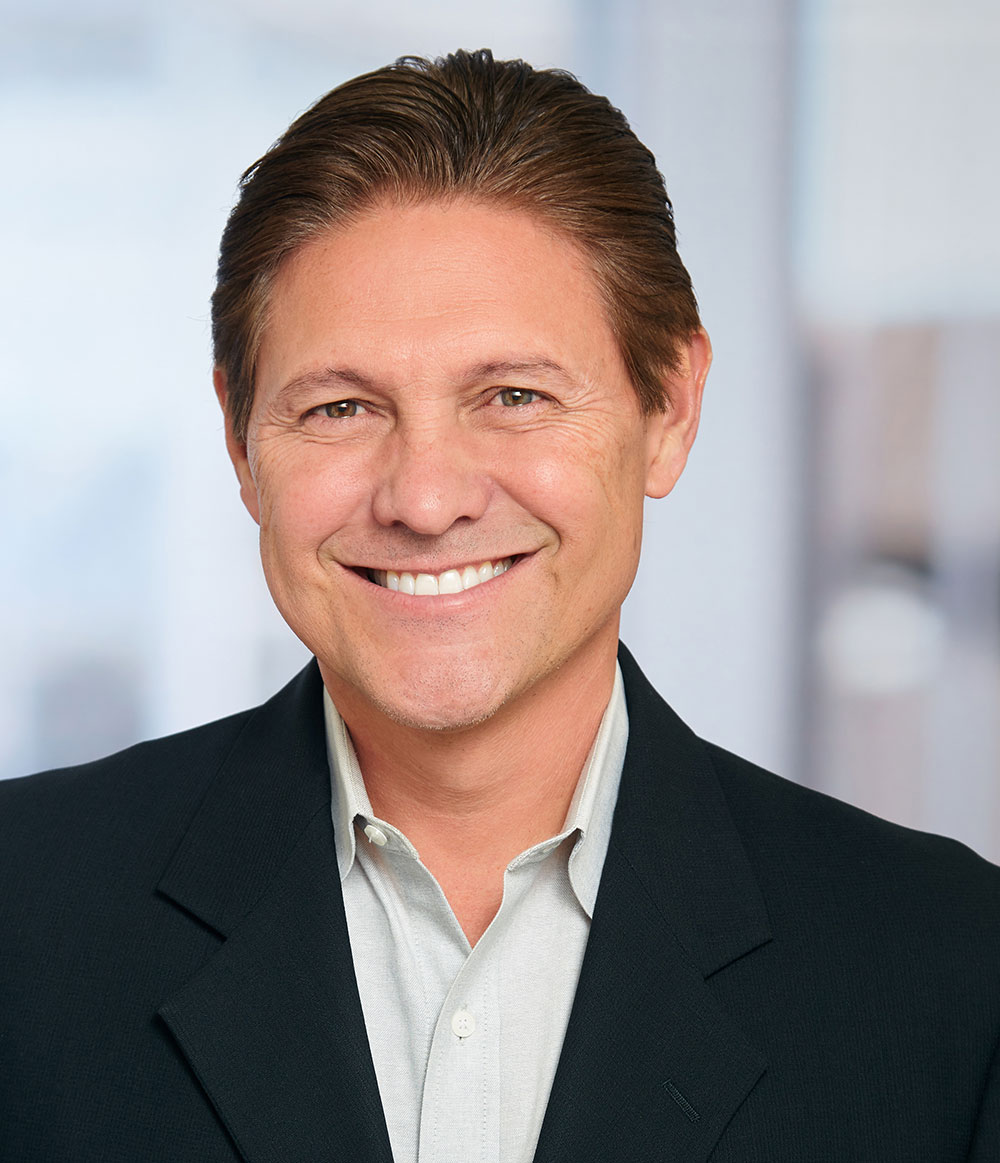 John currently serves as the Founder and Chief Executive Officer of JACAERO. After receiving his B.A. in International Marketing from California State University, Fullerton, John has gone on to obtain almost thirty years of experience in the global aviation industry. He founded JACAERO in 2010 alongside his wife Patrice after realizing a need in the industry for a smaller, family run aviation business built on core family values and a methodical growth strategy. His goal – to always retain JACAERO’s boutique business culture. It is John’s love of the aerospace industry, unsurpassed commitment to customer service, and exceptional client relationships in the industry that serve as the foundation of JACAERO today.

John began his career with Airmotive Incorporated as a Sales Manager, where he gained critical insight and understanding of the foundational principles of the aviation industry. His strong work ethic, ambition, and commitment to customer satisfaction quickly propelled him to the role of Vice President, Sales and Marketing, a position which he held from 1988 to 1999.

In 1999, John accepted the role of Senior Vice President at Aviation Distributors, Inc. In this capacity, John was responsible for revitalizing and spearheading the reorganization of the then publicly traded organization. John was instrumental in establishing the new management team that achieved accelerated stock value increase, four fold sales growth, and the reestablishment of the organization to well-respected recognition throughout the aviation industry. In addition to his overall management responsibilities, John gained valuable experience and insight into the specialized field of Airframe Related Components (Thrust Reverser and Nacelle Trading) during his tenure at Aviation Distributors.

In 2002, John, enthusiastic about the opportunity to move closer to his family in the San Gabriel Valley, accepted a management position at Unical Aviation Inc. Initially, John was principally brought on to oversee the marketing and business development activities of the company, as well as the global integration of Unical into the after-market aviation arena. Furthermore, John was responsible for integrating Unical into the Airframe Related Components sector. During his time at Unical, in addition to providing general executive oversight to the management committee and offering premier guidance and support to the sales force, John became an ISO-trained internal auditor and trainer directly involved in the implementation of the company’s training procedures and sales workshops. John was a major contributor to Unical’s accelerated growth during this time.

Born and raised in the greater Los Angeles Area, John currently lives in the greater Pasadena area with his wife and rescue dog, Jax. In his free time, John enjoys classic cars, country music, and barbequing with his two daughters.

Accounting inquiries should be sent to finance@jacaero.com 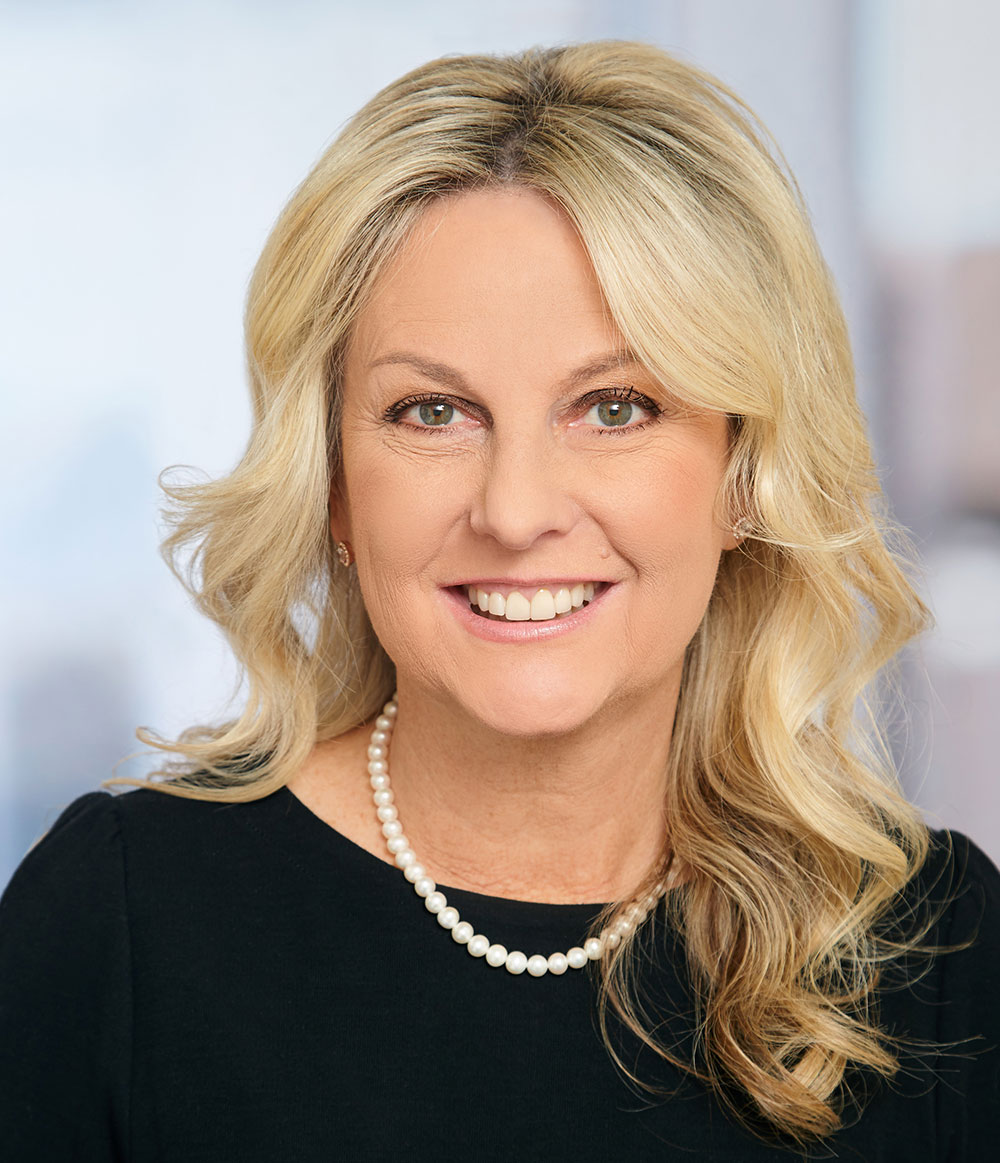 Patrice currently serves as the President of JACAERO. As a co-owner and co-founder of the Company alongside her husband John, Patrice has nearly a decade of experience handling the day to day financial and human resource aspects of a global aviation business. Her attention-to-detail, enthusiasm, and financial acumen are some of the principal reasons for JACAERO’s success. Patrice handles all aspects of the Company’s accounting, invoicing, repair order, and purchase order needs, as well as all billing processes.

Patrice first began her career in the logistics and packing industry at Commercial Lumber and Pallet Company in City of Industry, where she gained both supply-chain and human resource experience. She was also involved in the accounts receivable and accounts payable departments of the company. Realizing the financial and sales aspects of the business interested her most, Patrice went on to obtain her California Real Estate Salesperson License. A member of Coldwell Banker’s International President’s Circle, Patrice is affiliated with Coldwell Banker Residential Brokerage Arcadia and has extensive experience representing both buyers and sellers in all aspects of their real estate needs.

Patrice resides in the greater Pasadena area and is actively involved in the local community. In her free time, she spends time with her two daughters who also reside in Southern California. 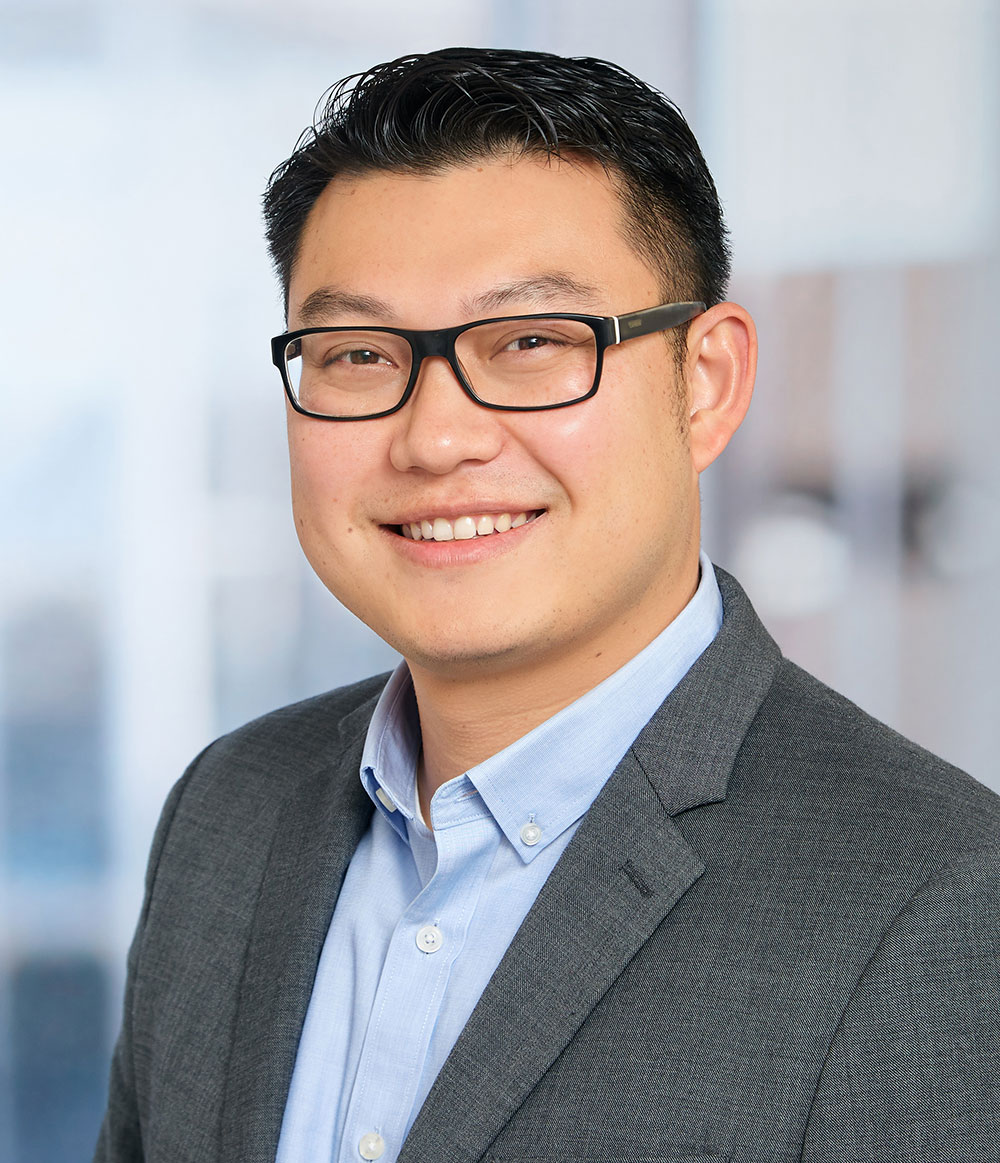 With an extensive background in the quality control and operations sector of in the aviation industry, Philip currently serves as the Vice President of Operations at JACAERO. Philip is responsible for managing the day to day performance of all operations at JACAERO. His day is typically centered on quality inspection, shipping, and receiving of aircraft parts. He is also known for creating new and inventive processes to ensure total quality control.

Additionally, Philip has taken on the role of technical director, dealing with any technical issues which may arise within the Company, including identifying strengths and weak areas in software and processes. With his background in computer science, Philip gathers and analyzes company data and set targets in order to consistently improve performance. Philip makes key decisions regarding new software implementation and helps to develop integral technical strategies in order to ensure all processes are up-to-date and efficient. Philip has the unique ability to leverage technology to help improve JACAERO. Philip not only has the technical capabilities to help JACAERO succeed, but his dynamic attitude and willingness to go above and beyond his specified duties truly make him an incredible asset to the JACAERO team.

Philip began his aviation career as a Unit Load Device Controller at Menzies Aviation for Korean Airlines. He then went on to serve as a Cargo Agent and Loadmaster for Korean Airlines. During this time he gained invaluable knowledge regarding the airline industry as a whole and particularly the logistics aspects of the industry. He then channeled this experience into working in the customer service department of Unical Aviation Inc. Philip has been with JACAERO since its inception as one of its first hires and his commitment to exceptional service and progress is evident in his longevity with the Company. 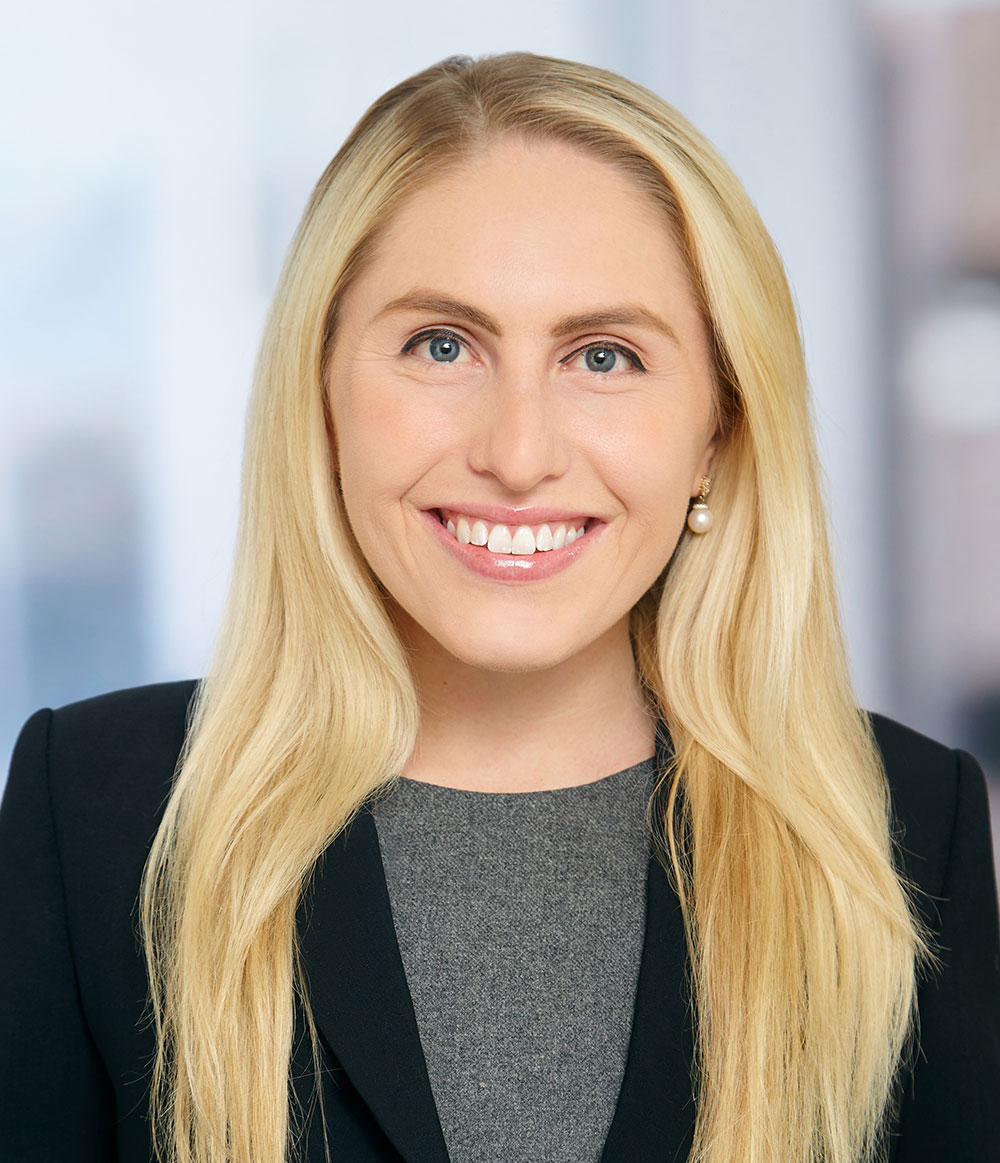 With a background in corporate law, Jordyn currently serves as JACAERO’s Vice President of Compliance. She is primarily responsible for structuring the Company’s growth strategy, identifying potential business prospects, and creating enduring partnerships and long-term value. With her unique background as a licensed attorney, she also focuses on all aspects of the Company’s legal and compliance, real estate, benefits, human resource, and employment policy needs.

Jordyn received her B.A. from the University of Southern California in International Relations, with a minor in Business Law. She was awarded membership to the Dean’s List for the Dornsife College and was an active member of the Pi Beta Phi sorority. She then went on to earn her J.D. at Loyola Law School, where her studies concentered on business planning and corporate law fundamentals. While at Loyola, Jordyn completed the rigorous Business Law Practicum and was heavily involved in volunteer work tutoring young adults interested in law in the surrounding community.

Prior to her work at JACAERO, Jordyn worked as an associate at Allen Matkins, a top-ranked California-based law firm specializing in real estate, tax, and business law. While at Allen Matkins, Jordyn worked in the real estate department principally representing large institutional investors in all phases of their real estate investment needs. She has also worked at the Los Angeles City Attorney in the Complex Business Litigation Department and the Los Angeles Chamber of Commerce, where her work focused on public policy and global initiatives. She is passionate about using her international business background to bring innovative ideas to the global aviation industry.

Jordyn currently lives in the greater Pasadena area with her husband. In her free time, she enjoys cooking for her family and friends.

Our dedicated team members are available at all times to respond to your questions or concerns. We thank you for your continued support and look forward to hearing from you.